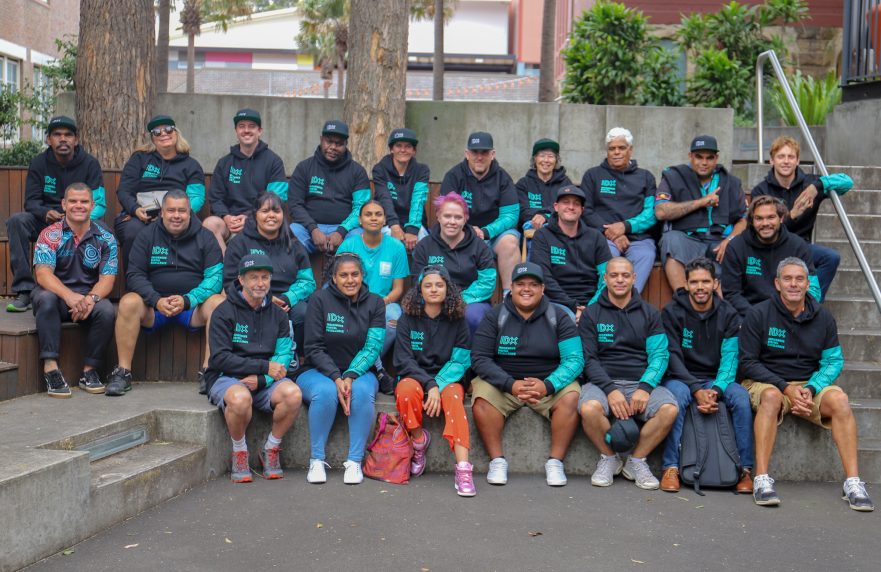 From Far North Queensland to the Kimberley and south to Murray Bridge, 25 Indigenous Digital Excellence (IDX) Champions from 13 communities across Australia gathered on Gadigal Country this month for the IDX Initiative’s annual Flint Facilitator camp.

The two-week camp at the National Centre of Indigenous Excellence (NCIE) is an opportunity for the Flint program participants to connect and share knowledge, as well as gain new skills to take back to their communities.

From Far North Queensland to the Kimberley and south to Murray Bridge, 25 IDX Champions from 13 communities across Australia gathered on Gadigal Country in November for the IDX Initiative’s annual Flint Facilitator camp.The two-week camp at The National Centre of Indigenous Excellence is an opportunity for the Flint program participants to connect and share knowledge, as well as gain new skills to take back to their communities.#IndigenousDX #IDXFlint #TelstraFoundationGoolarri Media Enterprises Ngaarda Media Telstra Barkly Arts Gurehlgam.com.au

What is the IDX Flint Program?

The Flint program is a national program for regional and remote communities that sparks the interest, ideas and talent of young Aboriginal and Torres Strait Islander people in making digital technology.

Since the program was launched in 2016, the IDX team have travelled to 20 communities across Australia providing digital training to local facilitators, as well as deliver digital making workshops in local schools and community organisations. A key part of Flint is the program’s specialised tech training for local facilitators, enabling them to deliver digital workshops and build new skills in local educators and leaders. Each year the IDX team invite two facilitators from each site to attend a camp at the NCIE.

Driving IDX at a grassroots level

IDX Operations Manager Grant Cameron has been part of the program since it began 3 years ago and said the camp is always a highlight.

“The Flint program is fuelled by a dedicated and passionate network of local facilitators. These IDX Champions are Elders, teachers, community service workers, parents and entrepreneurs based in the communities we visit. They are the people driving IDX at a grassroots level in their community.” Grant said.

A hive of activity and digital learning at the NCIE.

In addition to workshops focussed on robotics, virtual reality and the use of iPads, participants will complete their CASA remote pilot licence. An intensive week-long course to ensure they have the skills, knowledge and certification to fly a drone.

Uncle Don Rowlands from Birdsville is excited by the possibilities of drones assisting with land management.

Grant said the opportunity to bring everyone to Sydney for the camp only strengthens the sustainability of the program and is an opportunity to ensure the facilitators are up to date with the latest training.

“We are well aware that our IDX Champions wear a lot of hats in community. These are the people working across a range of roles and areas of work from youth engagement to land management. By reconnecting with them and providing them with access to new technologies, and the training they need. They can return home and continue to use these technologies as a tool to help with the work they are already doing to help our mob thrive,” Grant said.

Week one of workshops

In the first week of training participants brushed up on their robotics knowledge with a day of skills development thanks to the Australian Academy of Robotics and STEM.

Vincent Carter from Goolarri Media can’t wait to kick off their tailored robotics workshops once the team return to Broome.

Using the Mindstroms EV3 participants learnt the basics of coding, and how sensors, motors, and other components can work together to solve a problem. They completed a number of tasks and challenges using the robots, with the aim that the challenges can be adapted and used in their own workshops once they return home.

Dirk and Waylon from Barkly Arts in Tennant Creek brushing up on their robotics skills.

The facilitators were inspired to explore creativity through the use of technology in a workshop using iPads and a range of free apps. Everyone created an animated character of themselves and explored augmented reality using the app ARmaker.

The facilitators stepped into virtual worlds with a workshop delivered by Digital Media Artist Josh Harle. Josh talked about his work as an artist and researcher, and how virtual reality can be applied to share ideas and tell stories.

Throughout the week the group were encouraged to think about their IDX strategy for their community, and how they can strengthen and further develop their strategy using the IDX Roadmap to guide their work.

IDX Manager Delilah MacGillivray encouraged the facilitators to think about their digital strategy for their community and to look to the IDX Roadmap to guide their work.

Colin Skinner from the Aboriginal community service provider Gurehlgam travelled from Grafton, NSW to attend the camp. New to the world of technology, Colin admits he was hesitant when he was asked to lead the program in his community. But following the workshops in Grafton and the training in Sydney, Colin is excited about what’s next.

“As an Aboriginal person and I feel sometimes with my age, I was a bit hesitant at first with the digital technology. But once and I got the understanding and the team visited us in Grafton and taught us how to run everything – how to do the robotics and the drone – it’s just taken me to another level.” Colin said. 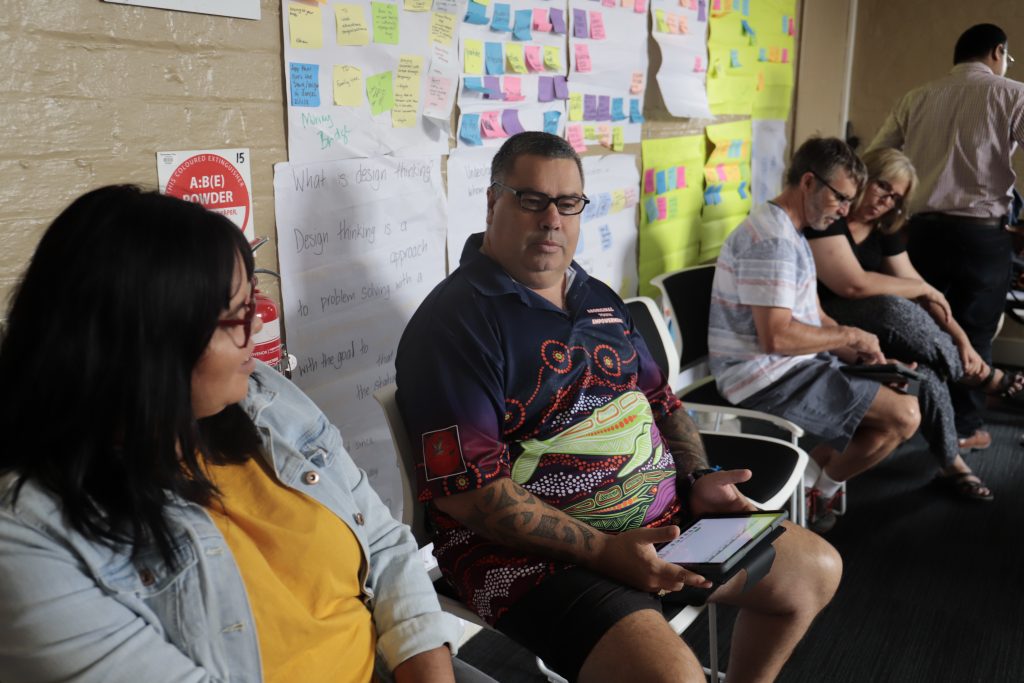 Colin Skinner from Grafton, NSW believes technology is the connection to strengthening culture amongst the next generation.

Colin and his team have big plans for the program in the Northern Rivers region. He said the camp has been a great opportunity to talk to other facilitators and hear what they have planned, as well as what other sites have been doing in their community with the technology.

“I fully believe that by using this technology we will be able to help our kids with our culture.” Colin said.

You can find out more about what Colin and the team at Gurehlgam have planned in Grafton here.

View more photos of the camp on our Facebook.